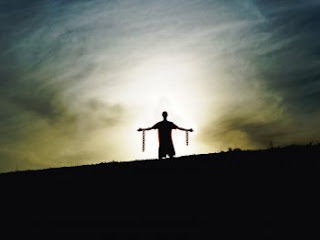 At times theatre critics must refrain from commenting on aspects such as scripting, directing and performances because some productions just speak to for themselves. At over 100 performances old, 30 Days in September is one of those plays so don’t read on if you’re looking for superficial gyaan.

(You'll have to read my review on MTG for that)


The problem with plays with serious themes is that they often run the risk of smelling stale after exceeding their shelf life. But with this Lilette Dubey production no such odour emerged because child sexual abuse will always be a serious theme, a “real life” stigma that requires different mediums to refresh, repeat and remind us that it exists.
Mira (Ira Dubey) deals with the “guilt” of being sexually abused as a child with promiscuity, changing partners every 30 days. Believing that she somehow asked for “it”, she tries to blame her mother (Lillete Dubey) for turning a blind eye. Her open hostility and anger lead her nowhere until her mother reminds her that the few times she did see, it seemed like she was enjoying it, so her only option is to “forget the pleasure”. To this, quite hurt, Mira retorts, “the pleasure is the pain”.
This special showing of the play was sponsored by Arpan, a Mumbai based NGO that works towards spreading awareness among children and parents and counsels victims of sexual abuse. I’d done a story on some of their findings a few months ago (read here ). I really believe that among the many causes that need the limelight, this is one's most under-represented until a talking point in the media emerges. This feature germinated from a 12-year-old girl’s abuse by her cousin and his friends over two years.
I won’t get into enlightening you with facts and statistics you can get off Google.com or on Arpan’s Official Website. But I will say that 30 Days in September makes you respect theatre even more. Sure, they don’t often have the budgets to put on big, fancy productions or even turn-over enough to do it full time. But I guess its because thespians have nothing to lose or (mostly non-material) gain, you often see troupes experimenting with themes, creativity and realistically depicting social issues through identifiable characters.
So for once I’m glad to be writing about this issue without someone out there becoming the talk of the town. Watch this for the script, direction and Ira Dubey’s heart-wrenching and identifiable portrayal of Mira.
Posted by Afsha Khan Jayapal at 2:25:00 AM