Reviews | Return of the Chick-Lit 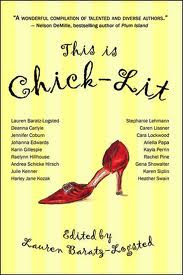 Our current obsession with The Piano Teacher and catholic literature might have lead you to believe that we are ponsy stuck up readers who roll our eyes at Meg Cabot and hit our beautiful heads against a brick wall when we hear the word “Shopaholic”. You don’t? We obviously need to work on our cloak of erudition. Who am I trying to kid? When I am not tucking into fantasy or crime, I always turn to that vague genre - Women’s literature or Fiction. It’s a strange one that. It encompasses everything from Jane Smiley to Nora Roberts and this one glove fits all works fine until the glove starts to tear in bitter winter. This umbrella term branches out so many ways and each one has its own place in our reading time. Smiley works for that long weekend in the hills while you listen to Chopin in the background and Nora Roberts works for when you are stuck mid air circling around Mumbai like a vulture and her “Blue Daisy” or “Pink Dahlia” is perfect titbit to scavenge on. As I speak there are readers who are making voodoo dolls of me because I dared to mention Jane Smiley and Nora Roberts in the same breath. Get over it, have you written a book or even 147 of them? I am in fact planning an entire post dedicated to Ms Roberts soon.

But today is not that day. This weekend I decided to read one of those sub-divisions, ‘Chicklit. This poor genre is getting a bad rap these days what with the huge row over the book This is NOT Chick-lit and the consequent response, This is Chick-lit. Then of course came Edward and Bella who pulled the rug from under Chicklit. What is Twilight if not supernatural chicklit? Bella is about the most annoying protagonist in recent history but she is still a confused, clumsy girl who falls in love with a boy, and another boy and (Gasp!), has to choose. CHICKLIT! So this weekend I decided to put away those so called ‘posh’ books and settle down to a little bit of Shiela O’ Flanagan and Lucy Cavendish, both queens of their respective genres. Ms Cavendish is a low profile chicklit author who focuses on ‘yummy mummy’ literature whereas Ms Sheila O Flanagan is a prolific Irish writer with over fifteen books to her name.

Stand By Me - Sheila O' Flanagan

I finished her latest - Stand By Me, in about three hours. For a change the protagonist was neither stunning nor frightfully funny. Dominique is in fact a most lackluster girl living with her fervently catholic parents who are ideally suited to star in a sequel to the Exorcist. She decides to spice up her life by falling in lust with a local ambitious builder and in turn finds herself snagging the glass slipper as she finds herself the belle of the social ball. The cast includes a criminally handsome, self-righteous brother, the prom queen best friend who is using Dominique to fulfill her own ‘Thorn Birds’ agenda and a host of family that are given character traits to help us distinguish between them. This is a typical Irish soap opera where the fall from grace is as predictable as the grand entrance made by infidelity. But what did get my goat was that despite a predictable story line and an annoying cast, I began to root for Dominique. I wanted to her to overcome her obstacles, fight fire with fire and be the Scarlett O Hara that we all want for our protagonists. Was it fantastic fiction? No, but it was an entertaining three hours that you are welcome to borrow.
Verdict: Don't buy and only read in lieu of a Nora Roberts. Feel free to borrow.

A Storm in a Teacup - Lucy Cavendish 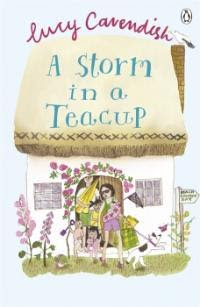 Deciding that I wanted some more female angst, I immediately picked up Cavendish's ‘A Storm in a Teacup’ and fell in love with Samantha Smythe and her four children. Samantha is every mother I know who has more than one child- overworked, underappreciated and generally invisible. Buried in poo and dirty laundry, she not only has to find time to deal with a troublesome little boy who has a penchant for wearing little girls clothes but also a teenager trying to find his way through a relationship with a girl who likes too much glue and a husband that seems more interested in muppets than he is making out with the real thing. Predictable again? Maybe the context, but the story in itself is told with such sincerity that you can’t help but join in this madness of Jamie’s antics and his invisible best friend, Sophie. When he says, “Twinkle, twinkle little willy, Baby sparkle is silly. Baby Sparkle is a bum-bum” and takes his shorts off in front of the child psychologist, you can’t help but feel for the mother and giggle away. So to fix this dastardly situation, the entire family, dog included, take a small trip to a seaside village in Devon. Suddenly, Samantha suddenly finds herself embroiled in local politics and spearheading a fund raising campaign to help save an eccentric old lady’s roof while her teenage son starts disappearing into the night to checkout G-strings. The book is Chocó block full of characters including a mysterious old man who is obsessed with moths, but romance is not one of them which consequently allows the book to be about so many other wonderful things that are much less predictable, namely children and old men. Besides any story where a character is called Baby sparkle has to be read. Is this one for the bookshelf, I think yes. Buy and then lend it out to your girlfriends who will then lend it out to someone else who needs an afternoon off and a good laugh.
Verdict : Fun read. Buy it, better yet borrow it from me and lend it to someone else after you finish. It's a treat.

Favorite Chick-lits: The Domestic Godess - Sophie Kinsella, Bridget Jones (But of-course), The Nanny Diaries, Devil wears Prada and the cracker of a novel, Olivia Joules and the Overactive Imagination.
Posted by Unknown at 10:52:00 AM