Mythology: Taking the easy way out 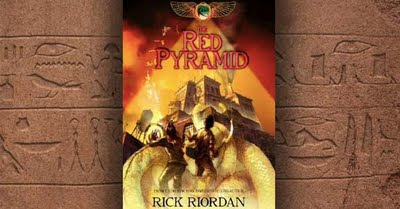 Gods, goddesses, mortals and minions. Nothing gets the rusty wheels of imagination rolling better than mystery, magic and copious amounts of celestial fornication from defunct civilizations older than in all the people in this world put together.

I love mythology and always have, which is why I've been guilty of devouring Rick Riordian's Percy Jackson and The Olympians series. You see, I find it quite boring to read reference books dedicated to the subject because the vast amounts of information always overshadow any semblance of the writers' story-telling skills. Plus, Zeus always gets to hog the limelight, making it seem like all Poseidon does is chill out with talking crabs who sing Under The Sea. Ok, so I haven't read that many reference books (or the Iliad, for that mater). But since I discovered Percy Jackson, I haven't had to.

I'm never going to be an expert on the subject. But thank's to Riordian, I can still indulge in conversations centered around the subject. What I love about this man's writing is the way he uses imagination and contemporary characters (who just so happen to be demi-gods) to tell us about Greek and subsequently, Roman mythology.

What's more is that he's doing it again - only this time we move away from Greece and enter the realms of Egyptian mythology. This is a bit trickier because even though we've learned about the civilization's history from our textbooks, Egyptian mythology and it's part human, part animal gods like Horus and Set have somehow fallen in the grey area.

I can't say that The Red Pyramid, the first of The Kane Chronicles, packs a punch as effectively as the The Olympians, but it does have the formulaic chases, disappearing parents and evil gods from forgotten dimensions threatening to create chaos. The usual.

Regardless, 100 pages in and I'm still fully hooked from Bandra and Churchgate. I just hope, for Carter and Sadie's sake, that the book doesn't end up being a cheesy, colossal disappointment.
Posted by Afsha Khan Jayapal at 5:34:00 PM