Pretty Pondicherry and the travel guide that isn't 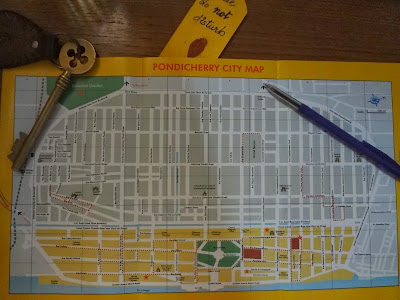 We would have ridden the bicycles to our room, but they got stolen from the poolside restaurant. That's how the unwritten code of honour – 'Thou shall not seal another man's transport in Dune Eco Village and Spa' – found itself in the pooper and experience #58 Ride a bike to your room, listed in Peter Richards' 108 Experiences in Pondicherry, Auroville and Nearby got slashed with a pointy pencil. The book itself is still nestled in my handbag for quick access should I need a pick-me-up in the middle of a workday.

108 Experiences in Pondicherry, Auroville and Nearby is unlike any travel guide you have ever read. That is precisely what makes it the perfect companion for a footloose idiot passing through the union territory. You see, Pondicherry isn't a very big place and once you're through entertaining yourself with the street names – Rue Dumas, Rue Romain Rollard, Rue Jawaharlal Nehru – and done a few rounds of the churches, temples and Aurovilian shops, you need to do something to experience the place, like really grab a slice of it, you know? Richards, by no stretch of the imagination, takes you off the beaten path. He takes you through the same sights, sounds and stories but turns it into an adventure with a sense of humour. 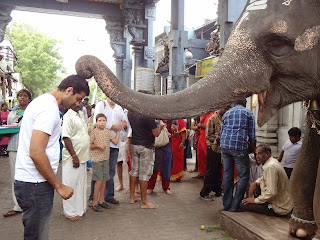 The Manakula Vinayaka Temple is one of the most popular tourist attractions in Pondicherry. But it's no great shakes if you're a non-religious vegabond with no reason to go to a house of worship unless you're allowed to take photos, which, a lot of times, you're not. But the prospect of a tap from Lakshmi, the beautiful elephant who spends her days here, is enough to excite believers and non-believers alike. What's more is that because she is outside the prayer area, the millisecond you get to bow in front of her turns into a full fledged photo op that will put a shutterbug's skills to the test. Word to the wise - give her 10 one rupee coins rather than one 10 rupee note. #2. Get off to a good start. Be tapped by an elephant. 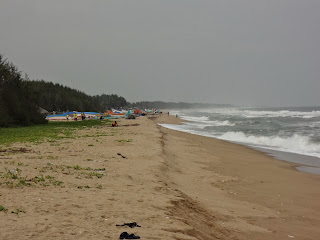 If the strong currents thrashing about in the Bay of Bengal aren't enough to keep your feet on dry, sandy shores, you should also know that swimming in Pondicherry also happens to be illegal. But alas, there isn't a sign board that announces this. I guess the lifeguards just sit around hoping the waves at high tide will keep pushing people out of the water over and over again, allowing them a few added moments of lathargic stupor. But if you're really quite adamant, do what my sister and I did as chidren - play Baywatch in the swimming pool. If your hotel doesn't have one, the book suggests a few hotels that allow visitors acess to massive pools for a small fee. #57 We're your designated lifeguard 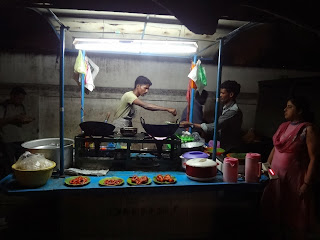 “If you don't know what your booty is we can't help you. It's your booty.” Wise words, these. #77 Dance your booty off, though I don't know why anyone would pick Pondicherry for this activity. Even Bangaloreans and Chennaiites, frustrated with the ban on dancing in their cities, might think twice before picking Pondy to wear out their dancing shoes. As a Bombayite the only thing I wanted to take advantage of was the food and cheap booze and the fact that they have no alcohol and service tax to speak of. Richards believes Asian House on beach road is a good place to shimmy-shake. But I'd suggest you skip that bit and go to the roadside cart right opposite which makes beautifully marinated prawns, quail, fish and chicken that go perfectly with a cold bottle of beer.

Some experiences are hilarious to read (#7 Watch paint peel) until you realise that they're arbitrary and nothing more than fillers to reach a number higher than 100. But that shouldn't discourage you from buying this handy little book. If you have limited time to spend in Pondicherry, then most of the pointers will keep you curious enough until you make another trip. Be warned though, not all experiences are unique to the union territory -- lose a beggar, load up on sandalwood soap, read The Hindu -- but the index at the back is dead useful. With a list of places to visit, a map showing where they're placed and cross references to the experiences you can weave around them, the book gives back more than the 150 rupees it costs.

Not available on Flipkart, unfortunately. I bought my copy from Gratitude Heritage on Rue Romain Rollard.