Book Reviews | This is a London particular . . . A fog, miss 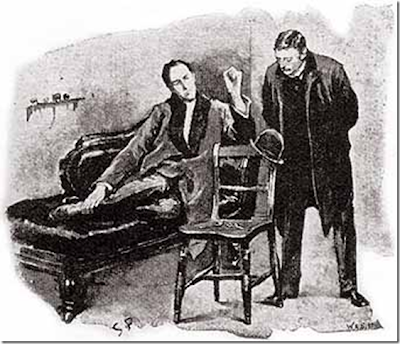 And what a Dickensian book adventure it was. Two books, a cold new year in one of the most beautiful cities in the world, Edinburgh, followed by a foggy week in the most atmospheric city I have lived in has to be the perfect start to the New Year. It began with Antony Horowitz's A House of Silk. Those who are familiar with young adult literature would know him as the thrilling author of the teenage spy series, Alex Rider, however my own soft corner for him stems out of the fact that he is indeed the brilliance behind one of my all time favorite series - Midsomer Murders. Yes that village in England that should be up there with the flu on how many people it has managed to put away. So when I saw The House Of Silk winking at me from a shelf in my trusty Coimbatore Airport Book Shop with an added subtitle- The New Sherlock Holmes novel, jiminy cricket, the novel was in my bag and I had forfeited any plans to do work during the new year weekend. 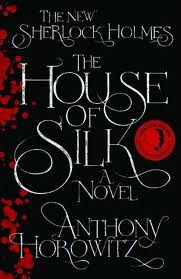 I went in with no preconceptions considering that most attempts at awakening beloved characters, albeit in trepidation, have failed. Off the top of my fingers, Gone with the wind and a bad sequel to Pride and Prejudice. But Mr Horowitz delivers and may I say, in a fine manner. He was commissioned by the estate of Sherlock Holmes and to that end, formed rules which he promised not to break, in-particular not to indulge in romance or vulgarity.

The story is set in 1890 and is told in a series of flashbacks by the sturdy Dr Watson, who in his final days decides it is time to reveal Holmes's most brutal case. A case so sensational, that to reveal at the time would have been tantamount to ruining so many lives and tearing the very fabric of london society. So we are transported back to 221 B, Baker street and the familiar routine of Mrs Hudson serving tea and scones while Holmes glances surreptitiously at his achilles heel on a mantelpiece. Watson is in throes of marital bliss when in walks a client who is being stalked. A simple robbery  leads to a revelation that will shatter London society.To tell you anything more would be criminal (couldn't resist) but the story unravels at a ferocious pace only slowing somewhere in the middle when it looks like all is lost and your favorite detective seems doomed. Antony wanted to recreate the detective but not reinvent him and so remains faithful to the familiar tone of Watson as well as the charming arrogance of Holmes. He also excels at creating a slum ridden Victorian London.  It's seedy alleyways, a stinky Thames bears a sharp contrast to the city today and reflects the impeccable research that Horowitz undertook to be true to the work. He also weaves the story in seamlessly with the present Sherlock Holmes canon with taut inferences to the future and the past as well as the appearance of certain characters like Lestrade. I always thought Lestrade a bit of an idiot, but here he redeems himself. Ooh better stop there before I reveal it all. Altogether a fantastic read, bound in a beautiful black textured cover. This is one for the Library so get invest in the physical version and sit down on your chaise/sofa/mat with a cuppa tea. The game is afoot...

India: The House of Silk from Flipkart.com

Everywhere Else: The House of Silk from Amazon.com
Posted by Unknown at 6:19:00 PM